Readers might notice that I haven’t posted a blog in over five years. I was busy writing books, experimenting, and getting feedback. Now with my covid isolation ending, I have a lot of material. Most of my original work is rewritten. Each new book stands alone.

The first rewritten book is Coyote Cousins. It covers the second half of the former first book when Shannon is fifteen and ditches summer camp.

The second rewritten book is Drawing for Blade. It is a whole new story told by Shannon and Blade, immediately following Shannon’s summer alone. She hopes a secret military project will help her understand her premonitions, but it’s hard to know who to trust.

I’ve begun rewriting Drawing for Dad. Shannon follows her star-struck father into the Arab Spring. Dad has his own chapters, but Shannon is sometimes the adult in the room. It’s up to her to disentangle them from Egypt without her father having a clue.

The last book, so far, Reading Rock Art, strains Shannon’s skills and emotions in whole new ways. She turns sixteen as it begins and feels like fifty by the time things settle down a few weeks later.

Another book seems to be required. My ideas about it are edgy, so, before I begin, I want to figure out more about how it might resolve.

For people who want to know more about Tommy, I’ll probably go back and rewrite Shannon’s fourteenth summer at the cabin. It would be a prequel to the books listed above. 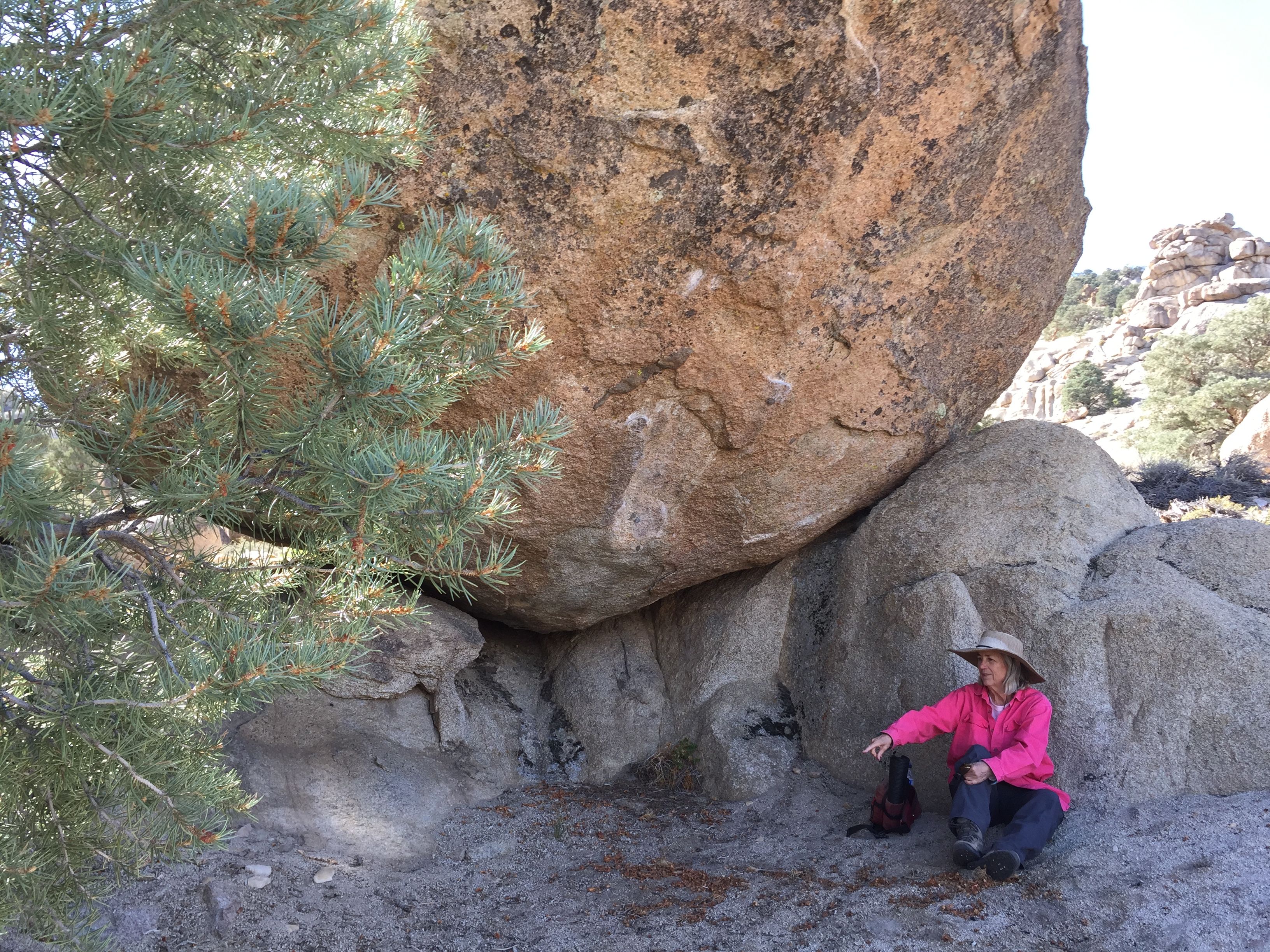 This could be the place where Shadow was born.

This may be the place Shadow was born. It’s in an area of amazing granite boulders, cliffs, natural shelters, and little visitation by people. Cougars lurk among the intricate formations and I’ve chosen this remarkable spot for the fantastical birth of a cub to a mother dying of a gunshot wound. Shannon’s psychic ability to communicate with wild animals brought her here at nightfall when she discovered the newborn cub with its disabled mother. The next day Shannon returned with water, food, and medicine. Watch for their stories in Coyote Cousins. 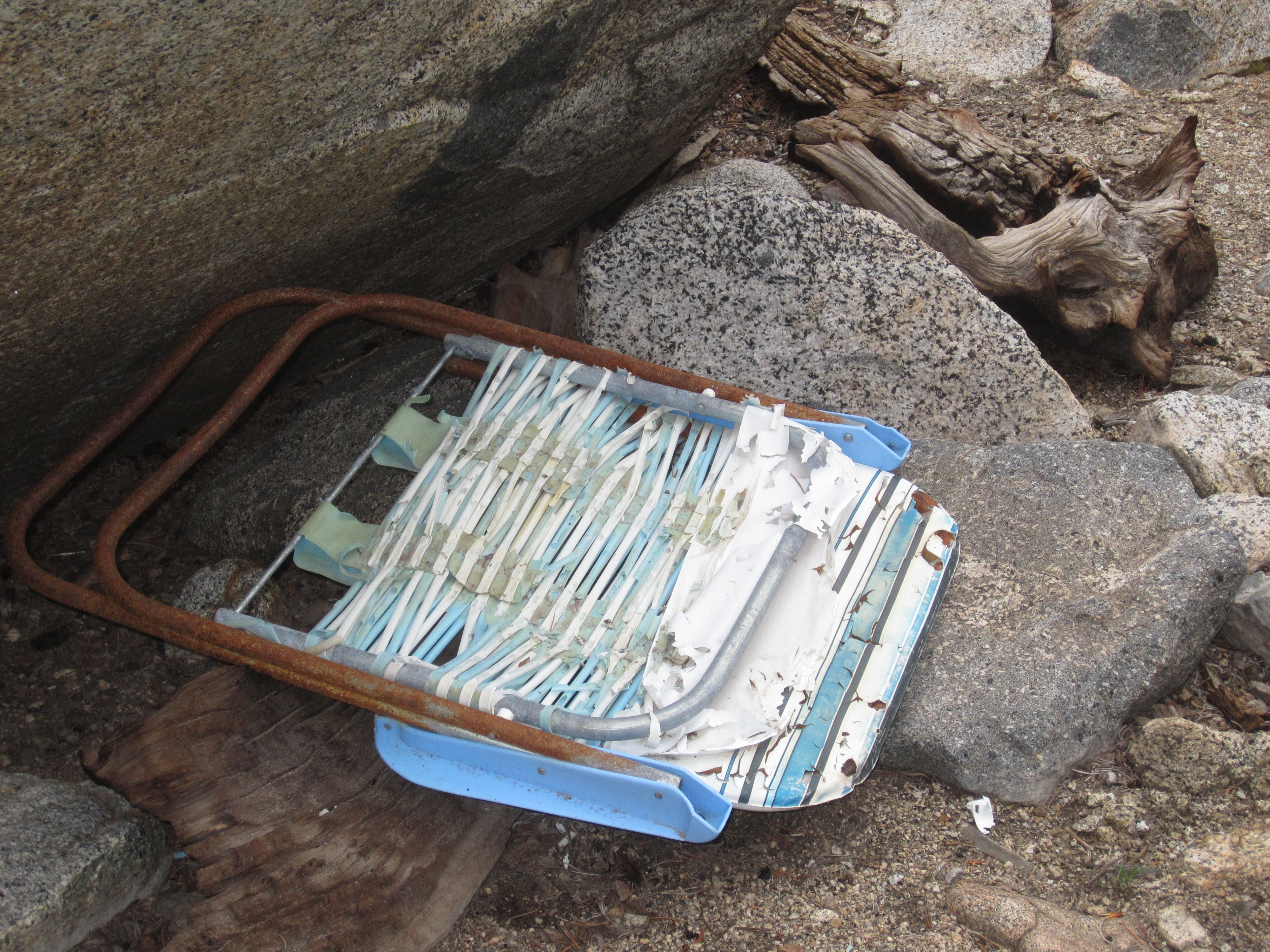 If your summer cabin is tucked far into a mountainous wilderness you need a place for Internet access and phone calls. In 2007, Shannon’s father got one of the first iPhones and found such a spot. He and Shannon built a trail there shortly before Shannon’s little brother was born prematurely at the cabin.

In the first mini-story posted under the heading “Experiments,” Shannon looks back on that summer and writes about it. The lawn chair her mother used is rusted now and deteriorating. Here.

A bobcat greeted us yesterday when we got back from a long weekend away. We were sitting at the edge of our kitchen terrace about six o’clock and loving our view when the big cat appeared right in front of us, a dozen feet away. He was as surprised as we were. I believe he approached us from behind a dense fig tree and didn’t realize we were in his yard. None of us moved, not even our eyeballs. He looked at us. We at him.

After about two minutes the bobcat continued to walk along the stone edge of the gravel path that is part of his circuit. I’ve seen him there several times, although never from so close. He does not like to walk on the gravel, but selects the sandstone edge to either side. If an overhanging shrub is in his path, he moves to the gravel briefly, but returns to the stone. END_OF_DOCUMENT_TOKEN_TO_BE_REPLACED

The following is an incident from my youth. Of course, the names have been changed. The final question is played out in Shannon’s story.

I should have known Branson was dead before my boyfriend told me. The information should have been transmitted invisibly, infallibly, instantly, like radio waves from brain to brain as the trauma of the motorcycle crash was happening. I felt inadequate. Perhaps, if I had been in love with Branson instead of his brother, I would have felt his death at the time of its occurrence. Perhaps, I might even have predicted the circumstances of his death—saved him somehow.

At age thirteen, I was sure clairvoyance and other magical connections of thought processes were possible and I wanted to have those abilities. Maybe my best friend in seventh grade really had spoken with a ghost. Maybe my dog really did warn me of danger when we walked together in the woods. Maybe my dreams were telling me something important. Maybe if someone I loved was about to be killed, I could warn him.

Later, as a scientist, I disavowed such thoughts. Not so fast, I say now. Because the evidence is shaky, the proof missing, the documentation questionable, we cannot say forces that appear magical do not exist. Lightning used to be magic hurled by angry gods. Migrating birds navigated as if by magic. Today we have scientific explanations. After we know how something works, we no longer call it magic.

Similarly, scientific inquiry cannot prove something does not exist. Until there was an effective way to search, we thought our earth was the only planet in a solar orbit compatible with supporting life.

What if I had dreamed about Branson’s accident before it happened and dismissed it as a nightmare?

On top of the world. 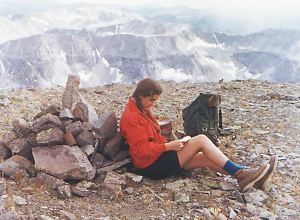 People ask about the picture of a young teenager sitting on a mountaintop. It’s me, Sia Staehle (in those days), at age 15 (roughly), signing the logbook somewhere in the San Juan Mountains. I climbed a few peaks in Southwest Colorado with my dad that summer, but I don’t remember which one this was. He must have taken the picture and somehow it fell into my hands several years ago. Was that the beginning of Shannon’s stories?